Psychological well-being during the pandemic 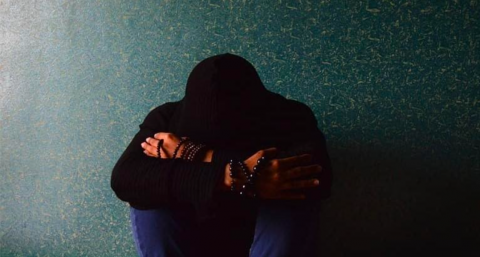 Mental health issues like anxiety, depression and other mood disturbances have always been common. However, during the pandemic, people’s mental health has significantly worsened. We’ve lost our freedom to socialize, there was a period in our life where we couldn’t meet our friends and that has taken a toll on our psychological well-being. But how bad is the situation?

The 2021 European Week for Cities and Regions featured the event Recover (Me)ntal, where the organizers elaborated on the effects of the Covid-19 pandemic on mental health, explaining the results of a survey. Designed by the very organisers of the event, the survey on psychological well-being during Covid-19 was filled out mainly by people between the ages of 22-29. The survey results show that during these times a lot of people felt anxious, tearful, lonely, with a low level of energy or poor concentration. While the responses for self-harming and suicidal thoughts were mostly positive (meaning most people answered with the option “never thought about it”), a lot of people still chose to answer “often”, “always” or “sometimes”. These mental health issues often lead people to consume alcohol and cigarettes as coping mechanisms.

During the first and even the second wave, we got deprived of our social needs. We couldn’t meet up with friends, colleagues. Schooling changed radically, shifting online. According to Julija Gaiduk, associate professor of LCC International University, people live in the illusion of control, believing the world to be predictable and the problems to be solvable. During these unpredictable times, people tried to gain control back with various coping mechanisms.

Nicoline Tamsma, Commissioner of Directorate-General for Health and Food Safety, said that even before the pandemic, the European Commission had already expressed the need not to take mental health issues lightly. The Commission has been supporting public health through funds to member states since before the pandemic, but this assistance has increased since then. Currently, there are three ongoing projects on mental health, one on depression, one on suicide prevention, and one on in-service programmes.

But how can cities help their citizens struggling with their mental well-being? The examples are several. Marival, France has created a national network of youth centres focusing on mental distress among young people. Portugal’s happiest city, Braga, has developed specific services for young people. Novigrad, Croatia started a project two years ago on mental health service support.

While some countries such as Lithuania have cheaper or even free services, mental health services are often quite expensive, making them inaccessible to some. For example, one private therapy session can cost more than 100 euros in Denmark or Luxembourg.

The necessity to promote better mental health care lies in the fact that mental health issues might lead to suicidal thoughts or behaviours, among other things. The number of attempted suicide is very high all over the world and in Europe, Litvania presents the highest suicide rate. Though varying from case to case, some of the common issues identified as linked to suicide are childhood traumas, bullying, toxic family relations or living in a state of poverty.

Student clubs functioning as mental health clubs can be another solution. These clubs can provide young people with an open, free, and safe space to talk about their problems. Beyond offering such space to those in need, they can also be of help towards breaking the stigma, helping people see mental health issues from a different perspective.

“How can we break the stigma?” was the question posed by the founder and leader of the public institution Gausus Gyvenimas, Robin Mubarik during the event. According to Mubarik, acknowledging the problem is the first step towards healing, but raising awareness on mental health and psychological well-being is also necessary. We need to stop treating these problems as taboo and start helping each other.

Mental health is just as important as physical health and people struggling with it should be helped and supported. The best thing a person can do is give a helping hand to those in need of it.