Local stories on COVID-19 management and economic recovery in Europe 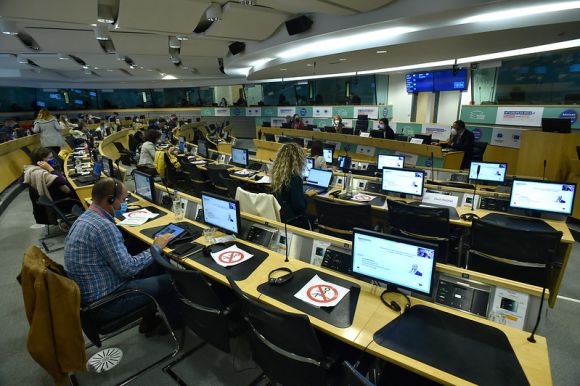 On October 13, Members of the European Committee of the Regions gathered both in Brussels and online. They talked about how they dealt with the COVID-19 pandemic in their communities and shared their visions on economic recovery.

The lack of financial resources and sufficient investment in public services highlighted by the COVID-19 crisis has been the subject of much discussion in recent months. In response, Luca Menesini (IT/PES), President of the Province of Lucca (Italy), has appealed to the commitment of the citizens of Capannori by setting up various crowdfunding and donations campaigns. 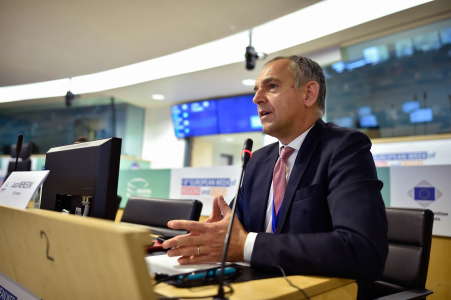 Crowdfunding as a new and sustainable means of financing Cities.

Crowdfunding is not new. Some iconic monuments all over Europe, such as the Eiffel tour or the Sagrada Familia, are referred to as early examples of crowdfunding. However, since the beginning of the pandemic, various public institutions and in particular hospitals, have joined the movement.

Menesini shares how citizen engagement enabled the city to get organized from the first days of March. Like the rest of the country, the small village of Capannori in the province of Lucca in Tuscany was not spared by the wave of infections that severely hit Italy. ‘The town counted its first infections from the first days of March, spreading a climate of fear and anxiety across inhabitants.’

Engaging citizens to overcome the crisis.

Menesini explains that the municipality sought solutions with the population right from the start. ‘What came up as the most urgent issue was the need to take care of the people who tested positive and the people from the most vulnerable groups, such as the elderly. In order to do that, the Protezione Civile (Civil Protection) recruited volunteers, and together they set up a daily sustain mechanism.’ This allowed the affected families to get practical help with daily tasks that required leaving the house (such as groceries) but also to get psychological assistance to deal with the general anxiety.

However, if Capannori has attracted attention in its management of the pandemic, it is for consistently implementing crowdfunding campaigns throughout the crisis. ‘The hospitals reached a point of saturation in record-time,’ recalls Menesini. ‘In response, we initiated a crowdfunding campaign, specifically intended for supporting hospitals. It started after the first day of lockdown, and in the end it reached over € 50 000.’ The contributions not only came from the territory and locals, but also from citizens everywhere in Europe, thanks to the echo it received on social media.

‘The fight against inequalities should be a priority now’

This donation system did not stop at the medical sector. As in other territories in Europe, many students were not properly equipped to follow full-time online education. ‘The city council made funds available to ensure a functional internet connection in the whole area. But it’s through donations that we managed to provide the students with computers and equipment.’ After the lockdown, Menesini also joined forces with Caritas to solicit donations that would guarantee a minimum food support for all citizens.

To conclude, Menesini insists on the strength of the community. According to him, the core objective of a communal administration is to stimulate a civic reaction of the population. ‘It removes fear to give way to solidarity. The major challenge now and what should be a priority for all regional policies on the continent, is the fight against inequalities which have been deepened by the pandemic.’

When we overcome the pandemic, we will still be facing another crisis: the climate crisis. According to Tjisse Stelpstra (NL/ECR), regional minister of the Province of Drenthe (the Netherlands), COVID-19 has shown us how dependent we are on raw materials. ‘But,' says Stelpstra, 'It has also shown us that there are new resources.’ 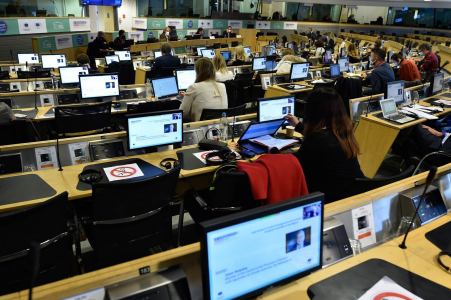 Rebuild Europe in a green way

Ironically, these resources are not new at all, but have already been used. Too many resources are going to waste. In fact, what we call waste nowadays is a collection of useful resources. The solution? ‘A circular economy where we don't waste any waste,’ says Stelpstra. Circular systems use methods such as re-use, sharing, repair, refurbishment, remanufacturing and recycling in order to minimize the use of exhaustible resources and the creation of waste, pollution and carbon emissions.

‘In addition, take a look at the side-effects of the lockdown. Rivers got clean in a very short amount of time and air quality improved considerably due to the decreasing number of flights,' says Stelpstra. According to the Dutch regional minister of the Province of Drenthe, this means that we have no choice but to use this crisis to rebuild Europe in a green way. ‘Because the Circular Economy Action Plan is not yet homogeneous across Europe, it is necessary for the European Recovery Plan to become a sustainable plan. A strong European policy will make it more feasible for all regions to drastically change the way they produce and consume.’

The strength of Regions

In the northern part of the Netherlands, the region where Stelpstra operates, a great deal of work is being done on the transition to a circular economy. ‘We have launched the Northern Innovation Lab on Circular Economy (NICE), where young people work on green issues by innovating, discovering and experimenting. Maintaining and strengthening biodiversity as well as human well-being are central here,’ explains Stelpstra.

This region of Drenthe has also proved that the transition to a circular economy creates a high rate of employment and economic opportunities at various levels. ‘There is no point in waiting any longer for the transition to a circular economy. We need to anticipate and switch very, very quickly,’ says Stelpstra. ‘But I am convinced of the strength of regions. They are often big enough to make a difference and small enough to make it happen.’

and Senna Brammer (the Netherlands)