The ECI Day, hosted yearly by the European Economic and Social Committee, brings together new campaigners and long-time advocates of the European Citizens’ Initiative. Under normal circumstances, on June 3, 2021, trains, flights, and conference rooms in the European Economic and Social Committee (EESC) would be booked. This year, however, the ECI Day was held completely online. For the 10th edition of the event, participants and speakers critically looked at the list of achievements of the ECI, as well as considered the setbacks and room for improvement, such as its political impact and its value for European democracy.

The speakers reflected on the evolution of the ECI since its launch in 2012, with a focus on the impact that initiatives have had, inspiring this year’s ECI Day theme “Empower citizens to impact the future of Europe”. In 2021, the first two pieces of legislation motivated by ECIs went into effect: the Drinking Water Directive, influenced by the Right2Water initiative, and the Transparency of the EU risk assessment in the food chain Regulation, which is a follow-up to the Ban glyphosate initiative. While another successful initiative Minority Safepack did not receive a positive reply from the Commission this year, Ms. Schweng reiterated that there is a need to strengthen dialogue and for the Commission to thoroughly explain its reasons for not taking action.

Initiatives can, however, still inspire EU legislation in the future, whether they are successful or not. The Single Communication Tariff Act on the abolition of roaming fees launched in 2012, which was not successful in terms of signatures, activated EU legislation that went into effect in 2017 and serves as a great example of how citizens’ ideas can have a political impact on Europe’s future. Ms. Jourová’s also recognized this in her video statement by admitting it does take time for tangible results of initiatives to materialise due to the nature of EU decision-making, but that various elements of such initiatives received also non-legislative follow-up.

Mr. Silva Pereira welcomed the positive developments to the ECI rules, including simplification and flexibility in signing and launching an ECI. Both Ms. Schweng and Mr. Silva Pereira agreed that the new regulation offered more opportunities, and Ms. Schweng particularly outlined how the longer examination period from 3 to 6 months provides an opportunity to have broader debates about initiatives. However, Mr. Silva Pereira expressed unsatisfaction with the number of successful initiatives and reiterated that successful ECIs must be taken seriously and see appropriate follow-up.

In the meantime, the End the Cage Age initiative received its response from the Commission, which positively announced that the EU will accept the initiative’s proposal and commit to ending caged farming. A legislative proposal will be submitted by the end of 2023 to phase out, and eventually ban, the use of cages for all farmed animals mentioned in the initiative. This is a positive step forward for the ECI, and a clear indication of where initiatives can directly impact policy!

Further dialogue in the ECI is still necessary to strengthen the link between the organisers and the EU institutions. In the panel discussion, I asked the speakers about which further avenues for dialogue there are, to which they responded that involving national parliaments is one avenue of opening up dialogue which can lead to more impact of the initiative. Another suggestion to improve dialogue is to involve the organisers more in the Commission’s activities that take place in the field of their ECI, after the Commission has delivered its initial opinion. Additionally, the ECI debates in the European Parliament add more visibility and political meaning to the initiatives.

On questions regarding the ECI’s role in the Conference on the Future of Europe, Ms. Schweng agreed that the Conference should assess the available options for EU citizens’ participation including the ECI, and whether there is a need to improve it or add additional tools.

Overall, the opening session of the 10th edition of the ECI Day let friends of the ECI along with key members from EU institutions come together to review and examine the ECI’s successes, including the new ECI regulation and the new EU legislation inspired by ECIs, the ECI’s setbacks, including the lack of awareness and lack of political impact, and the road ahead including the Conference on the Future of Europe. Participants and speakers agree: the ECI will require even greater investment in the future to tackle its weaknesses of political impact and awareness, and to foster its strengths of citizens’ participation in the EU.

We look forward to meeting again in person next year for the ECI’s 10th anniversary!

All reports and presentations from ECI Day 2021 are published here. 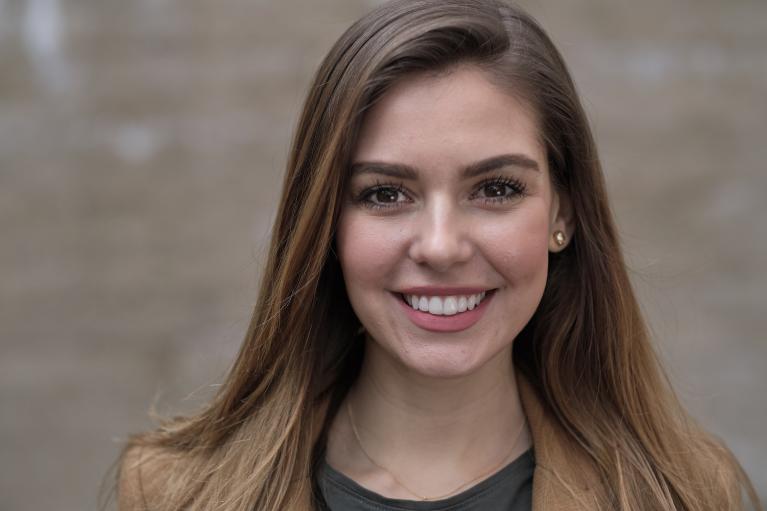 Daniela Vancic is the European Programme Manager at Democracy International, an NGO that promotes stronger citizens’ participation in political decision making, with experience in the European Citizens’ Initiative since the tool’s inception. Daniela has four years of campaign- and network-building experience, and for the last three years, she has been carrying out the European campaigns of Democracy International. Daniela has worked extensively on the European Citizens’ Initiative, from offering campaigning and fundraising advise to organisers, to advocating for stronger implementation of the tool’s regulation, to making the tool more well-known to citizens.