Deeply worried by the health hazards caused by electromagnetic fields on the general public and especially on children, the European citizens' initiative "Stop (((5G))) – Stay Connected but Protected" calls for replacing wireless connections with cables in kindergartens, schools, hospitals, retirement homes, and all public buildings. We also call for educating the public on the potential adverse consequences on health associated with wireless connections; and how to minimise exposure.

We all plan a good future for our children, we want to give them the best possible education and we want them to use modern tools. But what does this mean in the light of the different opinions on the safety of exposure levels?

"Europeans for Safe Connections" is a coalition of national and international organisations that are aware of adverse consequences of the modern communication technologies. We emphasize that we are not against technology, but we advocate for safe technology and safe connections.

We believe that the introduction of mobile phones and then Wi-Fi and Bluetooth was a shot in the dark as it was not based on a thorough research of effects on common health and did not involve any extensive and thorough health monitoring program. Nowadays there are many studies that prove radiofrequency electromagnetic fields emitted by these technologies to be unsafe. Since even the latest fifth generation (5G) mobile data networks have not been tested on health and environmental impacts before being put on the market, we believe that the deployment of 5G constitutes an experiment on humanity and the environment.

In our ECI we address many other issues. In this article only one of them is discussed in the light of taking care for our children, ‘our most valuable possession’.

Since the introduction of radio, the Earth is more and more exposed to artificial radiofrequency electromagnetic fields (RF EMF). Since the first use of radar in the 1950s, there have been concerns about how to prevent health problems caused by radar EMF exposure.

During the Cold War, the Western and Eastern blocks took a different approach in avoiding health risks of RF EMF.

In the Western bloc only the exposure limits for workers were set and these were based solely on thermal effects. (e.g.USA Bell Telephone Laboratories had 10,000 mW/m2 [1]).

The Eastern bloc had strict limits for workers and the general public, based on thermal as well as non-thermal biological effects. The limit for the general public was 10 mW/m2 for the radio frequency range of 0.3–300 GHz [2]. After 1989, the limit was increased to 50 mW/m2 in some Eastern countries [3].

When Central- and Eastern-European countries joined the EU, many of them accepted this convenient less limiting norm based on the false assumption that only thermal heating could be a health risk. This dogma has lead to selective science – only some of the studies were and still are taken into consideration by the private organisation ICNIRP which is the only organisation EU takes advice from.

Since then, many scientists showed a causal relationship between specific health problems and RF EMF at exposure levels below the limits and proposed new exposure guidelines. But today, worldwide known expert organisations in this field, other than ICNIRP, are still ignored, e.g.:

– BIOINITIATIVE claims no observable effect on humans under 0.001mW/m2;

– The EUROPAEM EMF guideline sets the limit under 0.01mW/m2;

– INSTITUT FÜR BAUBIOLOGIE claims that exposure of 0.01 – 1mW/m2 is too high.

We believe that all this scientific data should be taken into consideration by EU.

Humans usually underestimate the risk of new discoveries, e.g. many chemical agents, antibiotics as well as X-ray radiation. Their exposure limits had been revised downwards with mounting scientific evidence. In the case of man-made non-ionizing RF EMF the exact opposite has happened and one can wonder why.

Children of this generation are the first that might be exposed to wireless their whole lifetime. How can this compromise their health?

We Europeans for Safe Connections point out that RF EMFs have biological effects even at very low intensities and we ask for the application of the precautionary principle here.

A growing amount of scientific research links this wireless radiation to serious health effects — such as memory and sleep problems, headaches, cancer, and damage to brain development. The results of this research are publicly available to everyone. Below, a few sources are mentioned as examples of important findings.

The Journal of Epidemiology and Community Health is an international scientific journal. In December 2010, it published a study called "Cell phone use and behavioural problems in young children". Scientists observed more behavioural problems in children who had both prenatal and postnatal exposure to cell phones compared to children not exposed during either time period.

International Journal of Environmental Research and Public Health is an interdisciplinary, peer-reviewed, open access scientific journal. In November 2015, it published a study called "Association of Exposure to RF EMF with Glycated Haemoglobin and Risk of Type 2 Diabetes Mellitus". A team of scientists compared male students aged between 12 and 17 from a school with lower radiation (0.019 mW/m2) and a school with higher radiation (0.096 mW/m2). They found significantly higher glycated haemoglobin (a marker of high blood sugar) in the students exposed to higher RF EMF. Moreover, students exposed to higher RF EMF had a significantly higher risk of type 2 diabetes.

Even South Africa National Report 2021 commissioned by the WHO International EMF Project confirms (in point 4) that RF EMF induces oxidative stress in cells, which can lead to mitochondrial DNA damage in cells and adverse effects on other biological processes and organs. Oxidative stress is generally recognised as a cause of many diseases.

Children are exposed to various kinds of non-ionizing radiation in their daily life. They live in the surroundings of routers, antennas and all kind of wireless devices. After they are born, parents put baby monitors in their cradle. Later they wear wireless smartwatches, earbuds, use cell phones and tablets.

As people got more and more accustomed to cell phones, internet and wireless communication, the use of these tools also found gradually their way into school. At the end of 2019 it was almost impossible to find schools that don’t use Wi-Fi. Schools are a unique environment because children spend several hours a day in classrooms with strong wireless exposure.

On top of this, in 2019 – 2021 due to Covid 19 many EU countries closed schools and allowed only distance learning. That meant that many children spent hours at home with their tablets, notebooks or cell phones in a conference meetings with a teacher. Almost all of them were Wi-Fi connected. 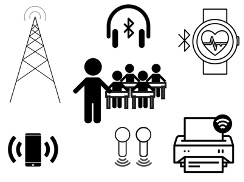 Children are not little adults

The EU Directive 2014/53/EU ensures that wireless devices are tested. However, the EN 50566:2017 and EN 50360:2017 standard reference the American standard IEC/IEEE 62209-1528 which does not take children into account, they are only based on proportions of "the adult male head as tabulated by the US Army".

The thickness of the skull acts as a barrier to radiation absorption. The skull of a child is much thinner than that of an adult so the absorption is higher.

The Electromagnetic Biology and Medicine journal publishes peer-reviewed research articles on the biological effects of non-ionizing electromagnetic fields (from extremely-low frequency to radiofrequency). In October 2011 a study published there on Exposure limits: the underestimation of absorbed cell phone radiation, especially in children found that "a child's head's absorption can be over two times greater, and absorption of the skull's bone marrow can be ten times greater than adults".

Environmental Research is a multi-disciplinary journal publishing high quality information. In November 2018 a study was published there focusing on Absorption of wireless radiation in the child versus adult brain and eye from cell phone conversation or virtual reality. This study "reveals that young eyes and brains absorb substantially higher local radiation doses than adults’".

Together with all the facts mentioned above and regarding the rapid rate of growth and development, children have to be seen as uniquely susceptible to the effects of radiation. 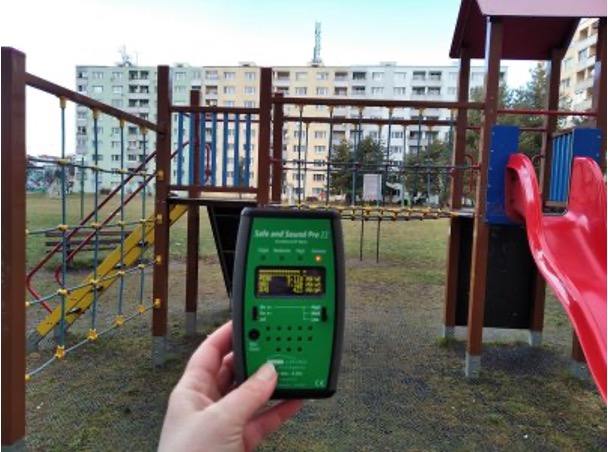 How do we suggest protecting our children?

Since children are obliged by law to attend school, it is important to create a safe environment for them. There are several leads to act on, to mention some options from our ECI:

Additional advantages to the lack of RF radiation of cabled solutions are: They are much more fault tolerant, more efficient in energy consumption and safer for long term usage. They allow a more secure data transmission and are not dependent on weather conditions (humidity) or obstacles in path (trees, walls). 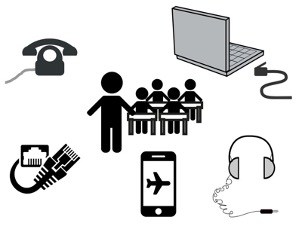 Other ways to protect children

Not only inside the schools, but also on top of school buildings and near them there are sources of radiofrequency radiation: transmitters on the school roof and on nearby buildings or masts in the neighbourhood. These all are powerful sources of radiation.

Many scientists have written to school administrators stating that cell towers should not be located on or near schools.

Municipalities should make their own regulations and forbid cell towers nearby schools and kindergartens.

Parents should be interested and should demand better protection of their children. 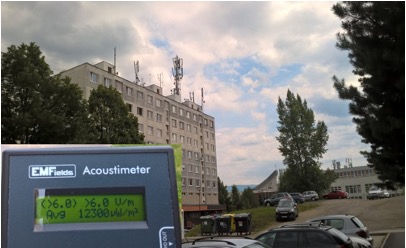 Picture: Operators systems at the primary school and on a residential block in Slovak republic. Average exposure on the street is 12 mW/m2
Source: https://slovenskobez5g.org/wp-content/uploads/docs/Nepriaznivy_dopad_534_2007_1.pdf

There are many reasons to take protective measures for our children as they are longer and more heavily exposed during their lifetime, even in the period when they are physically more vulnerable than adults.

The EU citizens have not been asked whether they accept the pervasive health consequences from the wireless internet in the name of technological progress and digitalization.

Therefore in our ECI "Stop (((5G))) – Stay Connected but Protected" we are calling for stronger regulation to protect all life from radio frequency and microwave radiation.

In this article attention was given to proposals 6 and proposal 7 of our ECI.

"proposal 6: Replace wireless connections with cables. Do so immediately in places such as hospitals, kindergartens, schools, retirement homes, all public buildings"

"proposal 7: Educate the public on the hazards associated with wireless connections and how to minimize exposure (e.g. using cables)"

And we are not alone: 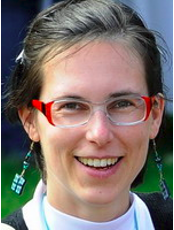 Petra from Slovakia previously worked for an IT company and also in the education sector. 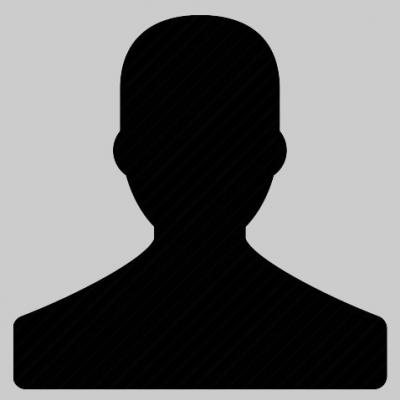 My English is very bad, but I understood the most important.

Indeed, we need to protect our children.

I refer you to this article, which is on the Government website: https://solidarites-sante.gouv.fr/affaires-sociales/familles-enfance/protection-de-l-enfance-10740/proteger-les-enfants-face-aux-dangers-du-numerique/

Beautiful day for all

We would like to inform you that the Forum website including this blog is available in French and in the other official languages of the EU. 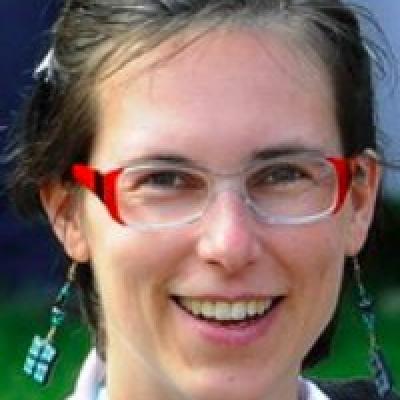 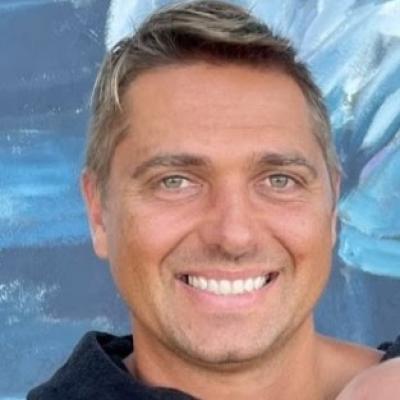 Thank you for referencing our 2021 WHO publication. The 2022 WHO publication is available here: [  https://bit.ly/3HkQ4vh  ]. Contained within are some fantastic demonstration programs we have implemented in projects around the world. These are demonstrating immense success.

We also have a University Course in teaching these materials titled: "an introduction to sub-molecular medical and agricultural sciences".

One can find videos we have been putting together for the course [ here ].

A key difference and usefulness in these courses, videos, and the new 2022 publication is the demonstration to solutions and bioadaptation strategies to the many policies and literature you have referenced.

The solutions are pragmatic, cost-effective, and easy to implement and install. From our model we have seen a very fast uptake and ease to upgrading and growing facilities forward.