"Europeans for Safe Connections" is a coalition of national and international organisations that are aware of adverse consequences of the modern communication technologies. We emphasise that we are not against technology, but in favour of safe technology and safe connections.

In our European Citizens' Initiative (ECI) "Stop (((5G))) – Stay Connected but Protected" we have 23 proposals. Among them we call for an immediate moratorium on 5G satellites mega-constellations worldwide until the environmental adverse effects are resolved (proposal 17 of our ECI) and we ask that environmental impact assessment of all space projects be made a priority within the European Space Policy (proposal 18 of our ECI).

We are concerned that the deployment of 5G may constitute an experiment on humanity and the environment, since many studies prove current radiofrequency electromagnetic fields (RF EMF) to be unsafe and 5G has not been tested for health and environmental impact before being put on the market. In our ECI and other articles we address many other issues. In this article only one of them is discussed.

Humans began conquering space with the launch of the Earth 's first artificial satellite, the Soviet satellite Sputnik 1, in 1957. After World War II, space technology opened up new possibilities for astronomers to explore the universe. In the recent past, the era of low-orbit satellites, which do not target space but the Earth, has entered. They provide internet, geographical or even military services and their number is currently growing rapidly.

The International Telecommunication Union (ITU) adopted an innovative new milestone-based approach for the deployment of non-GSO systems, including mega-constellations in low-Earth orbit. The United States Federal Communications Commission (FCC) has granted many licenses for satellite constellations and even adopted the streamlining unified licensing framework.

Although the ITU manages wireless frequencies, there is no international body with authority to regulate satellite launches. In 2020, the UK government called for the United Nations to set up international discussions to agree on how countries should operate responsibly in space and in 2021, the new head of the European Space Agency (ESA) has urged European leaders to intervene and co-ordinate to prevent SpaceX CEO Elon Musk making the space economy his personal playground.

The members of the SATCON1 Scientific Organising Committee in their SATCON1 Report are worried about the 100,000 or more LEOsats proposed by many companies and many governments to be deployed. Many other scientists are watching this development with concern because they see several side effects. Below three of them are mentioned.

The Low Earth Orbit (LEO) is considered to be the orbit of our planet at an altitude of about 160 to 1,000 kilometres above sea level.

This area belongs to the atmosphere (as a part of the ionosphere) and due to the interaction with the surrounding, the satellites have a short lifespan (about 5 years) and must be deorbitised, when they damage the ozone layer during combustion. Replacing them means more and more satellites to start at a time when Europe is pushing for green energy.

At the same time, the satellites also have a certain failure rate. According to Jonathan McDowell, an astronomer at the Harvard-Smithsonian Center for Astrophysics: "A roughly 2.5% failure rate isn't too bad in this industry, but if that number holds for SpaceX's entire planned fleet, it may lead to more than 1,000 dead satellites."

This in turn can lead to a significant increase in the number of collisions, which will cause the formation of new space debris (collisional cascading called Kessler effect).

The head of the Russian Central Research Institute for Machine Building (a part of the Russian State Space Corporation ROSCOSMOS) Igor Bakaras says in a recent interview (in Russian) that there are currently about 7,000 tons of space debris in orbits near the Earth (whereas there are additional 3,000 tons of active spacecrafts).

ASTRIAGraph, a framework that enables monitoring, assessment, and verification of space-actor-behavior has developed an interactive map of the objects around the Earth where you can check the Show debris box to display the waste.

The number of artificial objects in Earth' orbit is already severely limiting astronomical observations not only in the optical but also in the radio spectrum.

Astronomy & Astrophysics is a peer-reviewed astronomical journal which is one of the most important academic journals in its field worldwide. In 2021 they published a study that shows that the brightness of satellites is very high for sensitive astronomical instruments.

Oxford University Press publishes the highest quality journals including Monthly Notices of the Royal Astronomical Society: Letters. In 2021 they published an article on The proliferation of space objects is a rapidly increasing source of artificial night sky brightness in which the team of authors shows that artificial objects in Earth' orbit contribute to light pollution to a greater extent than previously thought. The study also points out that in a few years, the amount of unwanted light scattered in the atmosphere caused by these objects could increase the overall brightness of the night sky by more than 10% above the natural level. This would exceed the threshold that astronomers set more than 40 years ago to consider a site as light-polluted.

The European Southern Observatory (ESO) has published simulation of the impact of satellite megasets on optical instruments.

Last but not least, they disrupt the natural view of the night sky, which is humanity’s natural and cultural heritage of utmost importance and must be protected and preserved for future generations. 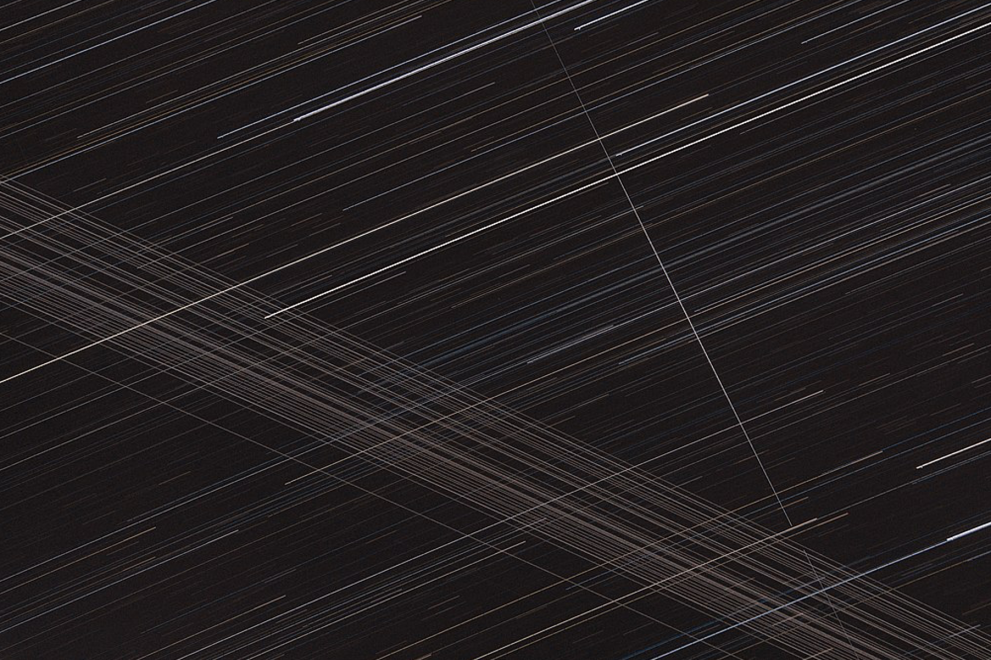