#European Citizens’ Initiative in practice: sharing knowledge about what works in Poland

The European Citizens’ Initiative made a pit stop in Warsaw as part of its three-year long Roadshow across Europe, which began in Bulgaria, traveled to Lithuania and after Poland is heading to the Czech Republic, France, Portugal and Austria in 2018. This time round the European Citizens’ Initiative team met with local civil actors, who are actively involved in citizen participation and participatory democracy.

In honour of the International Day of Democracy, on 17 September the European Commission invited Polish civil organisations to take part in a half-day knowledge-sharing workshop and to Take the Initiative! The event engaged the audience via a panel discussion around the theme of how to make pan-European participatory democracy happen, which was followed by hands-on breakout sessions where participants could share practical knowledge and experience, and learn from others on the European Citizens’ Initiative. The European Citizens’ Initiative team also set-up its interactive booth, which connects citizens throughout Europe by spreading ideas developed during the awareness-raising events of the Roadshow.

Direct democracy has always been viewed as particularly challenging to setup and render successful due to the complexity of proposed mechanisms and the sheer number of us. However, it was highlighted by the panelists that new tools are being introduced, making what seemed impossible until now possible. Amongst these tools is the European Citizens’ Initiative, which offers the opportunity for all EU citizens to have a say in the legislative work of the European Union.

Such tools are necessary and important to all democratic societies, especially as pointed out by dr Roland Zarzycki, Vice-Rector for Academic Affairs at Collegium Civitas, for relatively recent democracies such as Poland, which are still finding their way to setup best practices in the field of democracy. It is a common pattern that when it comes to legislative action the minority must follow the majority often dissuading the public to take the extra step to get involved more actively. This poses many questions, such as: do participatory democracy tools actually impact the reality around us?

The European Commission is aware of such questions and there are several  tools to get more Europeans involved in democracy at EU level. The European Commission representative, Olga Kurpisz, offered the audience a concise presentation of the European Citizens’ Initiative, indicating that it fell under one of the ten priorities of the Juncker Commission to encourage citizens’ dialogue. She highlighted some best practices from previous successful initiatives, and explained the procedure to follow by offering very practical insight and advice. 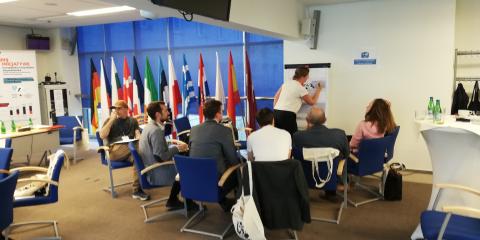 Although dialogue around participatory democracy is thriving and important new tools such as the European Citizens’ Initiative are being introduced, new threats are rising and creating new challenges to overcome. The panellists were very engaged on these challenges. They spoke about the role of social media and how it has massively impacted citizens’ dialogue. An example listed was that fake news has made reasoned discussions more difficult. It is important that ‘the network be regained in order to get the grip back on the narration’, explained Rafał Dymek, Director of the Schuman foundation.

Darek Kraszewki from the Stefana Batorego foundation spoke briefly about the particularities in Poland and more generally how it is important to meet the people and engage with them to reach true participatory democracy.

Recommendations were made, namely by Marcin Wojtalik, Co-founder and Board member of Institute of Global Responsibility, to maximize the success of the European Citizens’ Initiative, namely the necessity to give a voice to all citizens, to take into account all opinions and criticisms in order to make real progress.

Coming together and sharing ideas

The second part of the workshop made the audience active participants. It gave them the opportunity to share practical information and together get a better grasp on the European Citizens’ Initiative. The audience was asked to act upon concrete examples and to project themselves as involved in the European Citizens’ Initiative procedure. They were guided by the panellists to find the most appropriate solutions to three main issues: how to promote civic initiatives? How to choose partners to support the initiatives and campaigns? How to raise funds?

The breakout sessions offered a special environment, which gathered actors from very different sectors. They were able to share their knowledge and ideas and to express their doubts and challenges to experts, who did their best to offer them guidance and support. 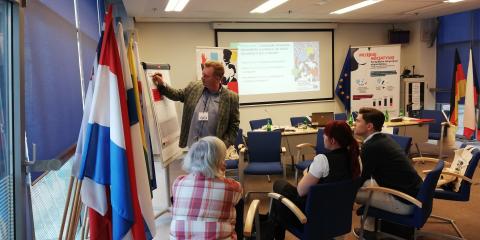 Participants of the discussion emphasized that an initiative that is interesting for Poles, for example, will not necessarily be interesting for residents of other countries. This is why it is important to choose a topic that is "universal" and to reach the appropriate target audience.

As in the other group, the financial issue was highlighted as one of the challenges, along with the need for proper coordination and self-organization. Attention was also paid to the need to build an appropriate network of contacts and consistency of the campaign in terms of communication, adapted to the realities and responding to the changes taking place. It also emphasised monitoring the results of the campaign, drawing conclusions and learning from the mistakes of previous initiatives.

Participants of the conversation indicated that in the phase of planning the campaign, it is necessary to properly assess the resources and the possibilities of their use. Participants in the workshop also stated that the goal of the campaign may not always be to achieve EU legislation, but it could also be publicity that will help achieve the goal of other, subsequent campaigns.

The participants of the workshop calculated that in order to run a successful campaign for an initiative, they will need to collect PLN 3 million (EUR 700 000), which they will use to implement the campaign and initiative. The funds collected are to be allocated, among others for the preparation of materials, promotion and advertising, cooperation with coordinators and subsequent analysis of the campaign, evaluation of its results and mistakes made.

In the context of the national coordinators, it was stated that there should be as many as the countries involved in the campaign, a minimum of seven, one in each country involved. Here, some savings can perhaps be made, i.e. establishing cooperation with organizations that could "provide" the coordinator for free, thanks to which the amount needed could be lowered by approximately PLN 1.2 million. As in the previous two groups, it was emphasised that the money should be collected before the actual launch of the campaign.

The challenge highlighted by the participants was the low culture of fundraising and philanthropy in Poland, which translates into difficulties in collecting the budget. It was also stated that the challenge would be to provide those involved in the campaign with the promise that that their voice would be heard and their hopes would not be disappointed.

Among the actions to be taken was the creation of a fund dedicated to ECI by the EU. The participants of the conversation also stated that from the moment of reaching a certain level of citizen involvement (for example 500 000 signatures), the Member State should also be obliged to support the initiative with funding. 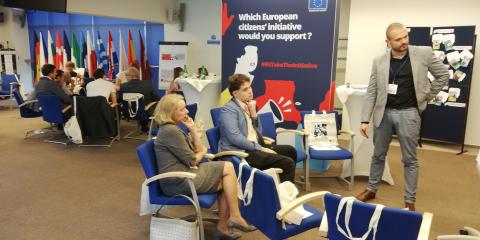 Participants of this group agreed that the goal of each campaign is its promotion, budgeting and subsequent implementation. The challenge has been to pay for the involvement of coordinators or opinion leaders.

Participants stated that each initiative should be preceded, among others, by review of already available publications, to identify which people, organisations and media are interested in a given topic. They also drew attention to the analysis of potential partners and the importance of networking, both at home and abroad. During this discussion an interesting argument emerged referring to the fact that the same initiative can be supported by two completely different and opposing environments (e.g. left-wing and right-wing).

Regarding the promotion, similarly to other groups, the participants agreed that a good solution is to obtain/establish cooperation with a celebrity/opinion leader who will be the face of the campaign and will have appropriate contacts. However, attention was drawn to the fact that acquiring such a person may also be a bit dangerous in view of the history/image of the person- beliefs, past activities, what they are associated with, etc.

The group of activities to be undertaken included preparation of a catalogue of potential partners, showing a success story of already undertaken and implemented initiatives. Attention was also paid to the possibility of using the EU's national representations and reaching out to the local governments about the planned initiative directly, which may help in establishing contacts and promoting the initiative.

Overall, the second part of the workshop was extremely interactive and showed how engaged citizens can get. It was a positive glimpse into what the European Citizens Initiative could achieve.