The European Citizens' Initiative (ECI) is an important first step in diversifying the range of stakeholders involved in EU policy making. However, room for improvement remains. The name of the ECI implies involvement of all citizens living in the EU but it is rather a tool for organised civil society with transnational networks. Improving internet infrastructures and paying attention to the involvement of marginalised, less well-educated communities will enable better access for all European citizens to participate in the ECI. What is more, allowing for more controversial initiatives and a greater political commitment by the Commission will make the ECI a stronger tool in the long-run.

At first glance, the ECI is a unique tool for transnational citizen participation. By its legal design, it is a combination of different forms of direct democracy already existing in national contexts.

The ECI’s novelty lies in connecting national and European levels of citizen participation for the first time ever. The introduction of the ECI in 2012 created a large wave of enthusiasm and initiative proposals from various civil society stakeholders. At a second glance, however, it becomes obvious that the ECI is merely a continuation of a pre-existing institutional practice with room for improvement in order to live up to its name.

As researcher Florian Grotz shows in his paper on direct democracy (in German), during the past 30 years, the number and usage of participatory instruments worldwide has risen. In my opinion, it appears that by giving citizens a temporary say in politics (beyond elections) through referenda, citizens initiatives and other tools, leaders often times hope to strengthen the legitimacy of their decision making and the political system as a whole. Also, within the institutional system of the EU, the ECI is a continuation of an already existing practice of increased stakeholder involvement. Over the years, the EU has introduced numerous tools of participation such as stakeholder fora and other consultation mechanisms. Scholars like Beate Kohler-Koch have termed this behavioral shift the “participatory turn of European institutions”.

While EU-level participatory tools are an important signal of openness towards the wishes and opinions of the citizenry, the final decision-making power tends to remain with the institutions. So far, due to the legally non-binding nature of the ECI, no initiative has led to the exact policy results desired by organisers and only well-structured campaigns managed to collect 1 million statements of support. The EU’s other participatory experiments have been criticized by academics for not giving equal voice to citizens and being dominated by business and industry organisations.  Example of such criticism are the papers by Thorsten Hüller (2011) “Playground or Democratisation? New Participatory Procedures at the European Commission”, and the paper from Christian Marxsen “Open Stakeholder Consultations at the European Level—Voice of the Citizens?”. The question is whether the ECI warrants the same criticism.

The case of one of the first and most successful initiatives, “Right2Water” demonstrates the ECI’s issues quite clearly. Right2Water was organised by the European Federation of Public Service Unions and demanded that the human right to water should be enshrined in European legislation. Organisers of the water initiative had years of experience in campaigning, a worldwide network and sufficient funds. Despite a successful signature collection campaign, this ECI only lead to a “watered” down outcome of organisers’ demands. In its response to Right2Water, the Commission concluded that the provision of water lies within the authority of member states. Instead of making a more ambitious commitment, EU action focused on more technical aspects such as the quality of drinking water.

Beyond the case of Right2Water, I have examined the conditions leading to the success or failure of the signature collection campaigns of different ECIs as part of my doctoral dissertation. I define success as the ability of an ECI to collect the number of signatures necessary to submit their legislative proposal to the European Commission: 1 million. I have found that only organisers with pre-existing networks of partner organisations, substantial financial resources, staff and a publicity strategy were able to reach above-average numbers of signatures.

My research findings show that while the name of the ECI suggests the involvement of “ordinary” citizens, the experience of the last years reveals that the EU prefers the involvement of professionalised, transnational NGOs that aggregate citizen demands. What is more, initiatives without English-speaking activists had a harder time building networks and mobilizing support outside their own country. While the latest reform of the ECI alleviates the administrative burden on organisers by offering a range of support services –  it does not change the way the ECI functions within the EU.

A  large proportion of ECI signatures have been collected online, making the ECI very attractive for younger generations. The importance of online activism via the ECI will most likely continue as the Covid-19 pandemic forces people to socially distance and stay home more. This raises another concern for the equal involvement of all citizens in the ECI that is often overlooked: internet coverage in the EU is not universal and a divide between rural and urban areas remains. Lack of internet access for people from urban areas means that they might be less likely to participate in ECIs. 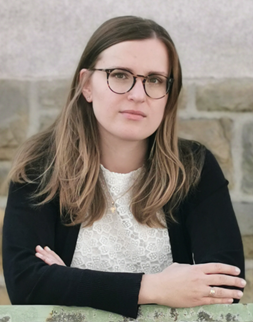 Renate Preukschat was born in Lithuania and is a PhD candidate at the Institute for Advanced Studies, Vienna. Holding a master’s degree in European Public Policy from University College London, she now works in the NGO sector - managing youth projects for civic education in Eastern Europe. In her academic work she specialises in European social movements and participatory democracy, with a focus on the European Citizens' Initiative.