Collecting signatures online for a European citizens’ initiative (ECI) is of constantly growing importance, as the COVID-19 pandemic clearly demonstrated. However, collecting statements of support for an official EU tool of participatory democracy requires an online collection system that is reliable, trusted, efficient, and secure. For initiatives registered up to the end of 2022 organisers have the choice whether to use their own collection system, which needs to adhere to strict technical and data protection requirements and be certified by the relevant national authority; or to use the Commission’s Central Online Collection System (COCS). This is about to change.

From 2023 onwards COCS will be the sole online system for the collection of digital signatures. In order to improve the effectiveness of the system, which is already being used by many initiative organisers, several new features and recent updates have been introduced to COCS. A special workshop was organised during the ECI Day on 2 June 2022 to introduce new features and hear and discuss feedback from organisers and experts.

The three speakers of the workshop, Jérôme Stefanini, Nils Kluger, and Andreea Belu, all provided insight into the benefits and potential areas of improvement of the COCS, and how the system could be successfully implemented in the coming years.

Jérôme Stefanini, leading the IT team for the ECI in the European Commission, introduced the system by providing a tutorial of its usage, both front and backend, and by highlighting its new features. Mr Stefanini emphasised the innovative and improved security system, which would encrypt data at every step of the process and provide greater protection for the sensitive information EU citizens are asked to submit when signing an ECI. Any leak of this data would be a huge security breach, which would make citizens far more hesitant in signing an ECI – something which would hurt all campaigns in the short and long run. A centralised system would significantly reduce this risk due to its robust security, with added benefits of requiring less personal data from signatories with the option of the electronic ID. New tools for organisers on the backend of the online system are also available, such as the option to export data with one click, automatic translation, monitoring tools, and new metric/statistical tools.

Nils Kluger offered his own anecdotes in regard to the benefits of the COCS when campaigning for the Stop Finning ECI. He believes that one of the greatest benefits of the COCS is the fact that it lifts the pressure off of the organisers' shoulders to design their own system for signature collection. Every EU Member State requires different guidelines and regulations that need to be followed when signing an ECI. The fact that a central system such as the COCS was even set up was a huge logistical endeavour. The COCS conforms to all guidelines and therefore relieves a huge burden from organisers who otherwise would have to invest heavily in terms of both time and capital in devising their own system, and at the same time carry the risk that comes with the ownership of masses of personal data. Mr Kluger’s suggestion related to the further improvement of the ECI and the COCS primarily concerned data collection as well as communication with signatories. The ECI does not provide a reason to participants as to why they need to disclose certain sensitive information such as passport numbers – a fact which could make citizens hesitant to sign. With the growing popularity of the ECI and with a growing number of signatures coming in, the COCS has potential to improve its capabilities when it comes to handling large numbers of simultaneous signatures.

Andreea Belu, organiser of the Reclaim Your Face ECI, offered further food for thought on the COCS, pointing out that it does not allow for full customisation on behalf of the organisers, such as creating an attractive and professional design, or including donation widgets. The degree of centralisation caused by the COCS also depersonalised the process for the organisers as they may feel it is no longer “their” project. Nonetheless, Ms Belu does agree that the added protection that the COCS provides for its users is an extremely valuable tool in increasing trust in the institution, which hopefully leads to more supporters down the line.

Responding to these suggestions, Jérôme Stefanini noted that many of the suggestions mentioned during the workshop were already implemented and that there were long-term plans in place with the aim of implementing further suggestions given by the speakers. Features such as the ability to contact ECI supporters regarding the outcome of the campaign already exist, for example, and would continue to be expanded in the years to come.

All parties hope that through cooperation and close communication, both organisers and participants will benefit greatly from the COCS, with support and awareness of the ECI expected to grow in the coming years. It is important to note that a campaign page and a signature collection page are two separate websites and two separate platforms, where organisers are encouraged to customise and professionalise their campaign page to match their campaign vision and image. The signature collection page, on the other hand, is the official signature platform whose number one role is to offer a reliable and secure service of harbouring signatures. In the end, it is not the online system that determines an ECI’s success, but rather the quality of professionalism and organisation that will shape the success of an ECI. The COCS, just like the ECI Forum, is one of the support infrastructure tools available to organisers to support them in reaching their goal. 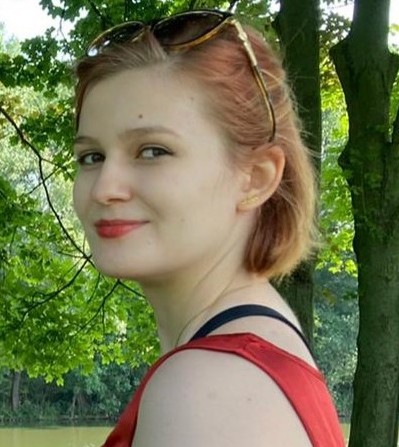 Kim Sophie Evers is an International Relations student, currently working for Democracy International as an intern. She is passionate about a large range of social and political issues including the democratic rights of citizens, cultural-political equality, and the environment.